Trip List
Click the tabs at the top for summaries of the various stages of the trip, which contain some  location photos etc. The Photos tab gives you four options. For all photos in a gallery set  just click on any photo for a bigger image. You can then move thro' the photos using the right or left arrow key on your keyboard, or there is a clickable arrow on each side of the image. Images within text passages are not clickable. Click here for a PDF of the trip report text.
Participants:

This was a trip put together for us by BirdFinders in response to an enquiry as to the possibility of a trip for just 8 members of our club. We were very pleased and thankful that this could be done, and for the possibility of flying from Cardiff. The extra costs involved were well worth it. Our guide was Bill Blake from Bristol, who has visited the area many times, and we were accompanied by the Chinese ground agent Kevin, and our delightful Chinese interpreter Anna, both of whom looked after us very well – the occasional treats of Snickers bars and various biscuits, were most welcome during the long days in the field!. Our driver was 'Mr. B' who did a marvellous job in finding his way round an unfamiliar area.

We flew from Cardiff on 9th, with KLM on the 10:30 a.m. flight to Schiphol, where we connected with a China Southern airlines flight direct to Beijing, arriving at 06:30 a.m. on 10th. 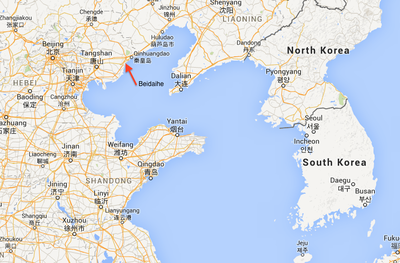 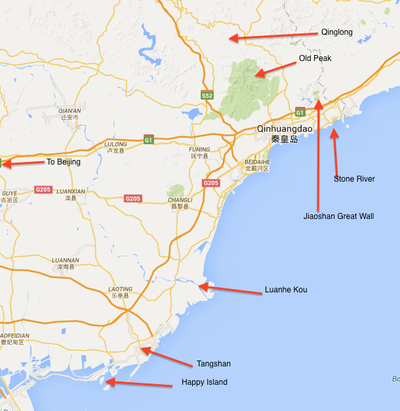