16th May – today was our transfer day to Tangshan, a few hours south from Beidaihe but still on the coast, and the jump off point for access to so-called Happy Island, a small [around 2km x 4km] island just offshore, and nowadays accessible via a drivable causeway. The Friendship Hotel grounds were again the pre-breakfast jaunt. We stopped at various coastal sites en route. The first stop was called Xili Hai lagoon and here we had inter alia, Kentish Plover, our first Lesser Sand Plovers, Grey Plover, 2 Grey-tailed Tattlers, Black-tailed Gull, Mongolian Gull, a possible tamyrensis type Heuglin’s Gull, and White-winged Tern.

Farther on down the coast we stopped at Luanhe Kou, which comprised a large open sandy area with a tidal estuary, accessed through a small village where fishing was the only occupation [the smell was pretty strong!]. We watched with interest at the small ‘port’ where numerous junks were moored, and where one was being manoeuvred on its moorings. We had our picnic lunch here, and birds included Oystercatcher, Black-winged Stilt, Kentish Plover, Pacific Golden Plover, Grey Plover, Bar-tailed Godwit, Eurasian Curlew and for comparison a new species in the form of 3 Far Eastern Curlews with their incredibly long bills and clinching dark rumps in flight. Redshank, Marsh Sandpiper and Greenshank were all present, plus 3 Terek Sandpipers.

Next stop was Laoyjujian, a small sandy cove, and here we added 6 Great Knot to the ever-expanding wader list. Curlew Sandpiper were also present and around 100 of the sakhalina Dunlins, plus other waders seen at the previous site.

The final approach to Tangshan was quite interesting. This is a rapidly developing area, and it became rather disconcerting as the dual carriageway on which we were heading towards the main town, came to an abrupt end, with no warning whatsoever – no diversion signs – nothing – just a pile of earth blocking the way. After driving round in circles a few times we ended up driving though a few km of road works where the road was non-existent. We bumped along over dirt and ruts, negotiating obstacles comprising road-working machinery and workmen, and somehow found ourselves back on ‘terra firma’ again, or at least on tarmac firma! It was decided we would call in at ‘Big Wood’, a largish copse of trees located amongst all the development that was going on, and across a canal from a very large factory. Being an isolated clump of trees in a desert of development it’s a trap for migrants. There was an adjacent heronry which held many Chinese Pond Herons and Great and Little Egrets, and the canal had Eastern Spot-billed Duck. The wood gave us excellent views of two Oriental Cuckoos, which were picking moths from crevices in the trunks of the trees. This species looks very much like Common Cuckoo but the breast banding is broader, and they tend to have a buffy vent. The call is also different. The inevitable Light-vented Bulbuls were also present, plus a White-throated Rock-thrush, Zitting Cisticola, and Pallas’s Warbler. Five species of flycatcher was impressive – Dark-sided Flycatcher was new, as was a stunning male Mugimaki, plus Grey-streaked, Asian Brown and Taiga.
Below some shots taken during the day - again clickable images. 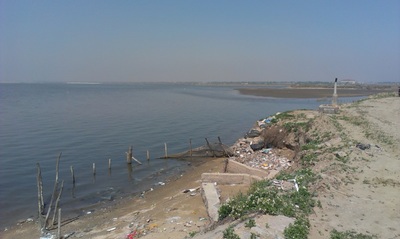 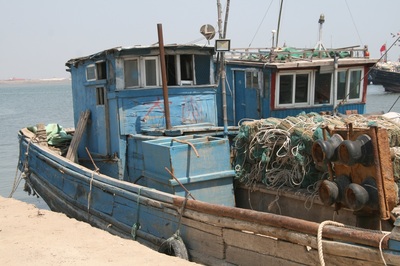 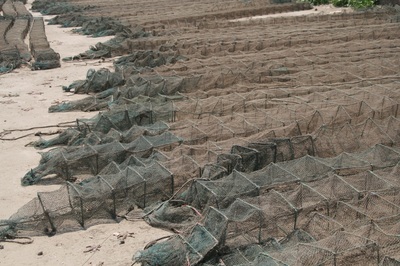 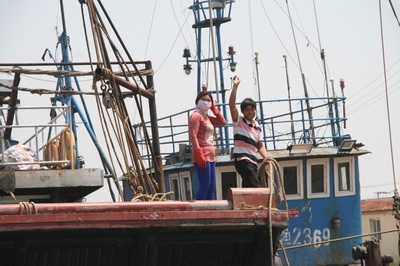 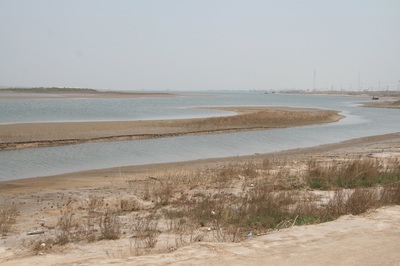 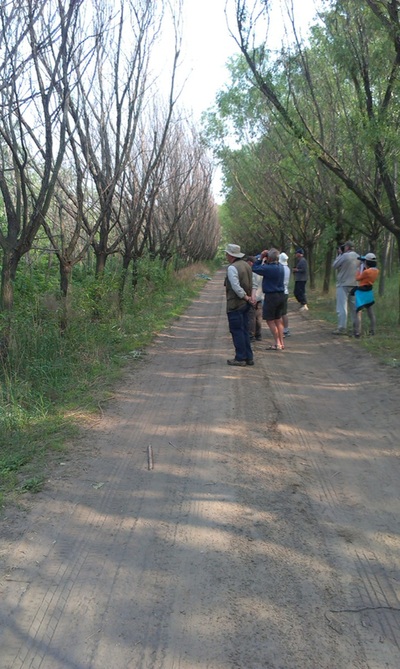