19th May - today was a transfer day back to our original hotel in Beidaihe, but we still packed in a pre-breakfast walk in the Big Wood, as the other group had seen a female Tiger Shrike there the previous day. On arrival some of the group went off into an adjacent field in search of a better view of Japanese Quail [and succeeded] whilst the rest of us slowly walked down a track where the shrike had been seen. There were plenty of Brown Shrikes as usual, and we were almost at the end of the track when I spotted a Shrike sitting up in a tree. At first glance it looked like a Red-backed but then I got it ‘scoped up and eureka, it was a cracking male Tiger Shrike! The chestnut upper parts had fine transverse black scalloping which is presumably the reason for the name. The head was pale grey with a back bandit mask as in Red-backed Shrike. Having looked at some images since getting home, it appears that the black scalloping is the only obvious difference between the two species [Red-backed having plain chestnut upper parts]. The bird was quite active, moving from tree to tree and fortunately stayed long enough for the quail-chasers, whom we urgently called forward when they appeared at the far end of the track, to get good views. Whilst there we drew the attention of a rather large German Shepherd dog which was in the yard of a smallholding there. It followed us all the way back along the track, seemingly seeing us off the premises. It neither barked nor looked aggressive, and looked quite relaxed but we didn’t want to test its ‘strokability’! Other species seen included Spotted Dove, Common Pheasant, Common Cuckoo, Hoopoe, Great Spotted Woodpecker, Thick-billed Warbler, the usual flycatchers, Chestnut-flanked White-eye, Black Drongo, Oriental Greenfinch, Eyebrowed Thrush, Two-barred Warbler, Black-naped Oriole, and Crested Mynah. The heronry was still very active. After another excellent breakfast at the “Best Westem Restaniant”, we set off northwards, again encountering the ‘disappearing road’ and bumping along through a road construction site until we finally hit tarmac. On the way back we decided to call in again at Luanhe Kou where we had a picnic lunch and saw a good selection of waders, and also found a new bird – an Asian Short-toed Lark, which gave excellent views as it scuttled around on the sandy ground around 50m from the bus. A Chestnut-eared Bunting was also present. On our arrival back at Beidaihe we found ourselves negotiating a ‘wedding jam’, as our driver “Mr. B” threaded his way through what we reckoned were about 18 wedding groups and their photographers, preparing for a photo session on the beach. After checking in to the Jinshan Hotel again, we set off and re-checked the grounds of the Dongshan Hotel. The highlights comprised a pair of Hobbies sitting in a tree, affording nice views, a number of Pacific Swifts flying overhead, Great Spotted and Grey-headed Woodpeckers, Rufous-tailed Robin, Siberian Thrush, Pallas’s and Two-barred Warblers and the by now familiar flycatchers. 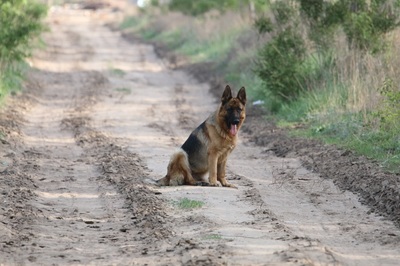 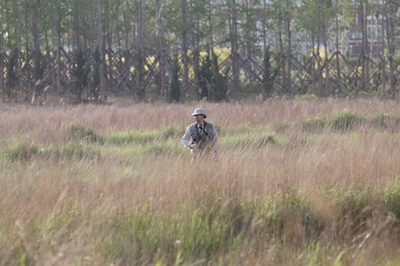 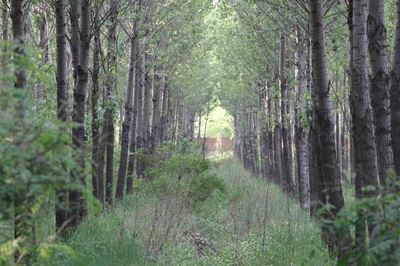